Whew! After years we are finally getting a black Disney princess in a live-action movie and it seems like a big part of the world is pressed. In case you missed it, Halle Bailey -not to be confused with Halle Berry- has been cast as Ariel for the live action movie The Little Mermaid.
When I saw the news, my little Joey started dancing in circles. Even tho The Little Mermaid was one of the last Disney movies I got to see, the mermaid feeling was real.

And now, somebody is realizing the dreams many of us had as little girls. All princesses I got to see when growing up were white except Jasmine. When Pocahontas came along, she instantly became my favorite until I grew up and got to hear the real story. Childhood ruined. Then we got Esmeralda, but she wasn’t much of a princess. And then finallyyyyyyyy, we got princess Tiana. By the time she came along, I was already believing that girls like me could never be a Disney princess.

The interesting thing while growing up as a huge Disney fan was, despite having some characters of color whenever I wanted a Disney princess item i.e. bed spreads, puzzles etc, they often only showed the white Disney princesses. Cinderella, Belle, Sleeping Beauty, Snow White and Ariel. Where was Pocahontas? Where was Jasmine? Perhaps because they were the O.P’s (Original Princesses). But even at a later age, they decided to add Rapunzel and still they wouldn’t show the princesses of color.

Ain’t that about a bitch?

While many of us are celebrating, there are people that are so much against it. In a way, I get their reaction: if you’re used to seeing Ariel in a particular way, it can be difficult to see her change. People don’t like change and don’t react well to it. But to start a whole Facebook group: “Make Ariel white again”?

Yes, you read that right.

People started a Facebook group to make Ariel white again. Luckily, the group has already been removed. Still, tho… What in the actual fuck is happening?

How salty can you be? Like you don’t think other races deserve to be represented? You don’t think Halle Bailey is worthy? Really? What could possibly have you so Old Gouda cheese salty? The title of the movie is The Little Mermaid. Not The White Mermaid. She can be whatever race she wanna be as long as she sports the red hair we familiar with. Which she will. I just pray she will be wearing her beautiful red DREADLOCKS to twirl around the dinglehopper.

Whatever the hell it is, you may continue to cry your salty, racist tears.

Boohoo, cry me a river

Black Ariel is happening. Just be glad it’s The Little Mermaid. It could’ve been Snow White turned into VanillaBlack.

This site uses Akismet to reduce spam. Learn how your comment data is processed. 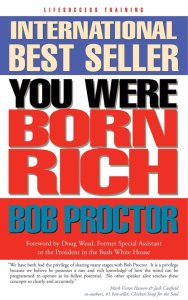 You were born rich – Bob Proctor

I Created My Own Solo-writing Retreat

What’s On My Personal Style Wish List For March&nbsp...

15 Powerful quotes about failure by some of the greatest